RTA is committed to a comprehensive approach that ensures sustainable development and enhance the quality of life in Dubai in order to achieve its vision of “Safe and Smooth Transport for All” with the highest standards of environment, health and safety. RTA also reaffirms its commitment to developing programs to support many human issues and arrange meetings with the public to know more about their needs and expectations for the future. 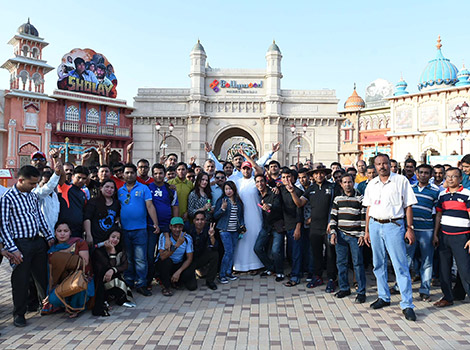 On May 1st of every year, RTA celebrates the International Labor Day, where various events were organized for many workers and drivers,  it included a trip to the “Bollywood Parks” park, a trip to the cinemas, and a calling booth that workers were entitled to communicate with members of their families at their countries . The events also included serving meals, as well as providing Nol Cards for them. This provided an atmosphere of joy and pleasure that appeared on the faces of the laborers. 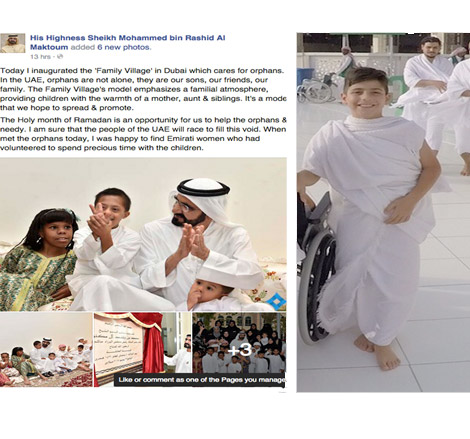 In response to an invitation by His Highness Sheikh Mohammed bin Rashid Al Maktoum, UAE Vice President and Prime Minister and Ruler of Dubai to participate in the UAE's initiative to care for the orphans, RTA sought to implement some community initiatives directed to orphans, where it organized a trip for 20 orphans to visit the Dubai Metro and Kidzania. Moreover, during the 10th anniversary RTA did a program where in orphans where given a chance to tell us what their wishes were and we picked 10 of those wishes and made them come true. 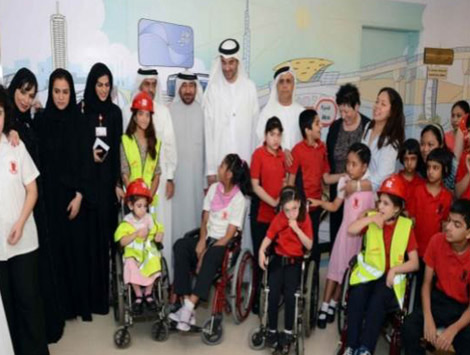 RTA is keen to support and strengthen an initiative by H.H. Sheikh Hamdan bin Mohammed bin Rashid Al Maktoum, Crown Prince of Dubai, “'My Community - A Place for All' initiative which aims to transform Dubai as a fully inclusive, disabled-friendly city by the year 2020.

RTA is working to employ people with special needs, design services designated for the use of the disabled, as well as providing smart applications for all its services, and modify the design of its services in a way that is convenient for people with special needs. RTA recently visited Dubai Club for the Special Needs to recognize the service needs of the disabled, heed to their views & proposals and everything relating to the upgrade or enhancement of significant services.

RTA announced a new complimentary service to Emiratis offering them standardized and suitable signage to be used to show directions to locations where condolences are accepted in the Emirate. This community-oriented initiative from the RTA is intended to maintain the civic appearance of the city, and the service will be available on demand where up to 10 signs can be provided per case.

As part of upgrading the specialized services provided to the disabled, RTA has launched "Awnak" service to offer transit services to the disabled and patients classified as non-emergency cases that do not require calling an ambulance service. The service is considered the first of its kind in the region and third worldwide after the UK and Ireland, where vehicles deployed combine dual features of ambulance vehicles and taxicabs. 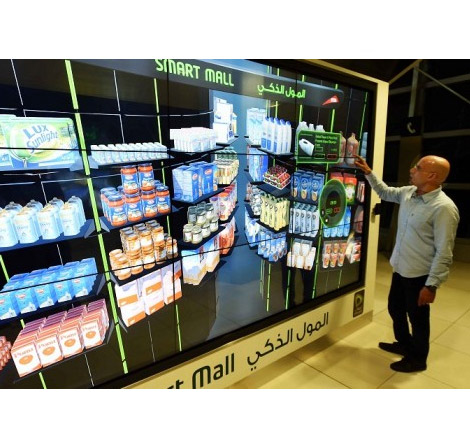 RTA has announced new services including Smart Malls, which will enable users to shop using an interactive screen. The project was launched by RTA in conjunction with Etisalat, and allows Dubai Metro users to shop using interactive screens. Through the Smart Mall, the customer can select items required from those on offer, drop them in a shopping basket, and pay through a credit card. Items purchased will be delivered to the place and time selected by the customer. 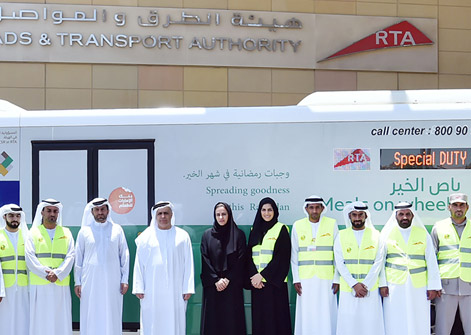 RTA launches the ‘Meals on Wheels’ initiative every year, RTA deployed two buses to distribute Iftar meals to public transport riders in five bus stations and four metro stations, it is also a chance where volunteers and RTA employees can work together during the holy month of Ramadan. 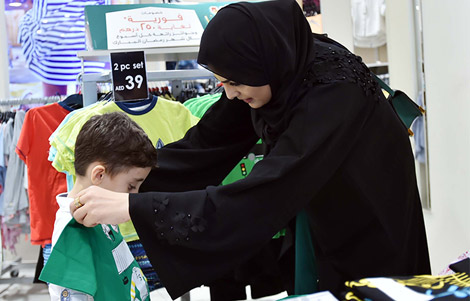 RTA participates yearly in activities commemorating the "Zayed Humanitarian Day” which falls on 19th day of Ramadan every year, it participated by distributing Charitable supplies to  disadvantaged families in Hatta and other areas of Dubai with the participation of several RTA leaders and employees. 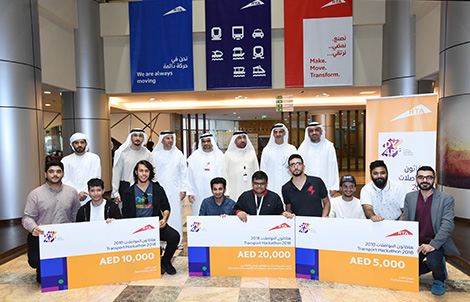 The Roads and Transport Authority (RTA), in cooperation with the Youth for Public Transport Initiative (Y4PT) of the International Association of Public Transport (UITP), organized the first Hackathon event at RTA’s Innovation Lab in Al Sufouh Tram Depot, Dubai. Attendees in the event included scores of university students, RTA’s directors and employees.

The Hackathon is one of RTA’s initiatives intended to develop high-quality strategies to induce various community segments to use public transport means instead of private automobiles. Through such strategies, the RTA seeks to provide safe, sophisticated and diverse transit modes such as the metro, public buses, tram and marine transport. It has also provided effective tools to public transport commuters to make the public transport ride a convenient, fast and enjoyable experience 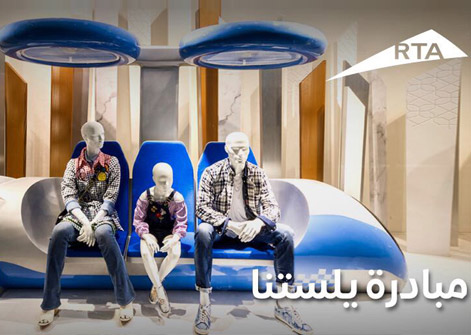 RTA participated in “Yalsatna”, an exciting new community initiative that was organized by Kalimati Al Tayer Group, in partnership with Kalimati Speech & Communication Center. Two RTA volunteers where chosen to develop an original idea for a beautiful bench which can be eventually used in a public space. The team then took their designs through the production process, resulting in the remarkable window displays seen in store throughout the Holy month of Ramadan.

The vision of Yalsatna is to promote the importance of “sitting together” as a modern strategy for social communication, in this fast paced, predominantly digital world, through the design and installation of benches in public spaces all over Dubai.